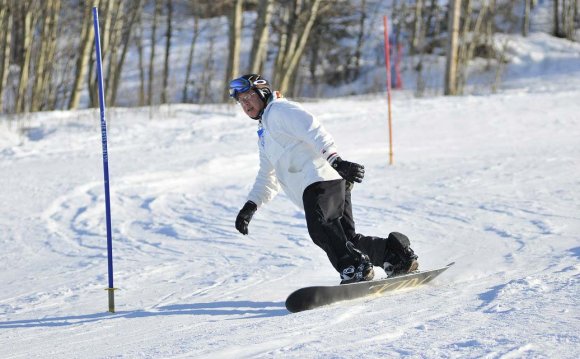 BEAR MOUNTAIN SKI HILL, 5 minutes from Dawson Creek, T-bar lift, Snow making abilities, Night Skiing, Great place to enjoy a few runs, some good food and for the moms and dads the lounge upstairs with a great view of the kids outside skiing. BEAR MOUNTAIN SKI HILL is governed by a Local Board of Directors that meet monthly. The Ski Hill has been in business since 1959.​ We are currently doing fundraising to install the new Dopplymeyr ski lift in 2012.​

1959-60 Dawson Creek Ski and Recreation Assoc. is formed.​​
That year a rope tow is installed in an old hay field, that is believed to be opposite the current hill.​

1978-79 The entire ski hill chalet and its contents are destroyed in a fire.​

1987-88 Snowmaking is installed, an ambitious $350, 000 dollar project. In preperation for the 1988 BC Winter Games. But lack of snow and warm weather. No snowcat to groom the man made snow. the season a complete disaster, leaving the hill with a large debt.​

1988-89 AGM is held under candle light, as the power had been shut off. With lots of donations and hard work a better snow year. The hill lowered the debt is resolved.​