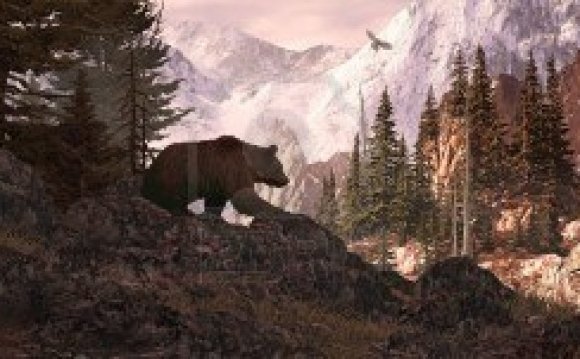 The grizzly bear's historic range covered much of North America from the plains westward to California and from central Mexico north through Canada and Alaska. Today, the grizzly is found in only about 2% of its original range in the lower 48 states. Learn more

Currently, south of Canada, there are five grizzly bear subpopulations in Wyoming, Washington, Idaho, and Montana. Grizzlies are difficult to survey, yet it is generally agreed there are more than 500 in the northwest Montana Rockies, about 600 in and around Yellowstone National Park, about 50 in the Selkirk Mountains of northern Idaho and northeastern Washington, and 30 to 40 in the Cabinet-Yaak area of northern Idaho and western Montana. Learn more