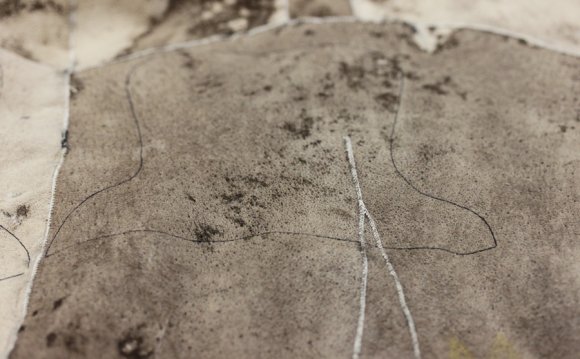 Meet our Current Artist: Joanne Livingston of Desert Mountain Bears. We hope you enjoy our interviews with those in the bear world.

When did you start making bears and what inspired you to design your own?

I began making teddy bears in the mid 1980s. At that time I was making Santa Clauses, I started adding little teddy bears to the Santaâs packs. People began to ask me if I would sell the tiny teddies. I began making larger bears, and sold them along side of the Santas at shows for a few years. The bears started selling better than the Santas, so I stuck with them.

Describe your style of bears and/or animals you make.

I make realistic style teddy bears. I have never been as concerned that they look just like real bears, as that they have an alive quality to them.

Where do you live and where are you originally from?

Since 1989 I have lived in Phoenix, Arizona which is in the Southwest United States. I live right in the middle of the city, in a mid-century bungalow style home. I am from a small town outside Philadelphia Pennsylvania, which is on the east side of the United States. I grew up around farms and fields, and lots of traditional American crafts.

Real bears inspire me. A few years ago I watched live via webcam a cub being born in a den, courtesy of the Wildlife Research Institute. I followed that bear, and her mother through daily updates. I became very fascinated with bear cubs. I have a very large collection of bear cub pictures in my library thanks to Dr. Lynn Rodgers, and Lily the Black Bear, and her cub Hope. I feel that I owe so much to them for the inspiration that they have given me, I will be donating a bear later this year to help with their fundraising.

What is your favorite part of bear making?

My favorite part of bear making is the finishing work. It is the shading, and the trimming that really bring the bear to life for me. I am always so happy when I get to the final steps.

How did you choose your business name?

I was driving through the outskirts of Phoenix one day, and I saw a sign that said âDesert Mountain Roadâ. I thought how appropriate the name was for this area. Phoenix is a city in the desert, it is in a valley, and surrounded by mountains. Because I chose that name from a road sign, I decided I would name all of the bears by places in Arizona. Most of them are named after Arizona towns.

Do you have any other hobbies besides bear making?

I knit and crochet. I play with tiny ball jointed dolls. I spend lots of time knitting and crocheting for them.

Do you have any children and/or pets?

I have a grownup daughter who was married this year. At home it is my husband and I; we have two dogs and a cat. I am often told by my husband that my bears look like the dogs. I spend lots of time looking at them, so I guess they do.

What are you most proud of?

I am always surprised and happy that people in the bear world know who I am. I think my greatest accomplishment is the fact that people want to buy the bears.

Where do you sell your bears?

My bears are sold mostly through ebay. I list a bear every three or four weeks. My user name is Desertmountainbear.