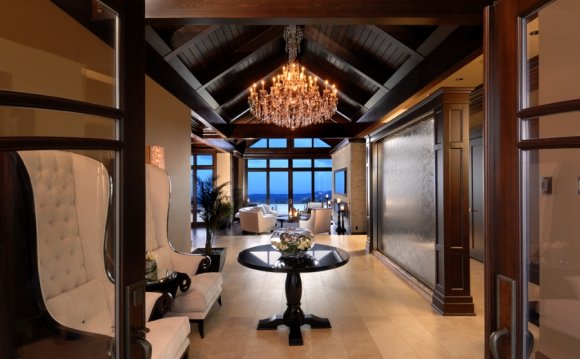 Len Barrie, former head of Bear Mountain Master Partnership, says he’s feeling vindicated after the Crown announced this week that no charges would be laid against him after a three-year investigation.

Reached at his home in Arizona, Barrie, whose efforts led to the creation of Bear Mountain resort, said the announcement was welcome but not surprising.

“For me, I’m not surprised, but I am glad it was announced, ” he said. “When you get examined like that and go through something like this, when you’ve never been through it, it’s quite a learning process.

“But the nice thing is there was never anything to hide. It was a question of just telling the truth and this is how it ends.”

On Tuesday, the Crown announced there would be no criminal charges approved against Barrie following an RCMP investigation into aspects of the Bear Mountain development.

The investigation started in late 2010 after former NHL goaltender Sean Burke, one of the early investors in Bear Mountain, complained to police.

Burke, who invested $600, 000 in Bear Mountain and was one of 18 current and former NHL players who invested a combined $12 million, said he had concerns that Barrie was using Bear Mountain to fuel a high-end lifestyle and that while others lost their investment, Barrie was still flying high.

“I have always said I never did anything wrong. Would I have done things differently? Sure, but that doesn’t mean there was ever any intention to do anything [illegal], ” Barrie said. “Now I want to look forward and take all the avenues available to finish off things against people who made accusations that were false.”

Barrie is suing Bear Mountain’s former accountants for breach of contract and for allegedly causing significant economic loss, as well as humiliation, distress and embarrassment with publication of an auditor’s report.

In Barrie’s notice of claim, he alleges the accounting firm made allegations without conducting a proper investigation, and without having all the necessary information.

The resulting auditor’s report, leaked to the media in early 2009, alleged the questionable use of about $25 million in partnership funds.

Barrie said Norgaard Neale Camden’s report alleged he used his authority as CEO to override or circumvent the internal control system of the partnership, and used partnership funds for personal expenses.

Barrie’s lawsuit says the allegations were false, misleading and defamatory and eventually led to the downfall of the partnership and its development plans.

The statements have not been proven in court; the case is slated to be heard later this year.

Late last, year Barrie ended a battle with Canada Revenue Agency by pleading guilty to failing to file 2010 corporate income tax returns for a pair of companies that were part of the Bear Mountain development. He paid a $2, 000 fine and the returns for 0781624 B.C. Ltd. and LGB9 Enterprises ULC were filed.

Earlier in 2013, Barrie won a fight with the revenue agency and was acquitted of failing to file taxes in 2008 and 2009 for Bear Mountain Projects Ltd. Barrie’s lawyers argued that he could not have filed the returns because Bear Mountain Master Partnership controlled Bear Mountain Projects, and responsibility for filing tax returns fell to the receiver in charge.

LEN BARRIE PUNCHING A GUY IN THE HEAD.