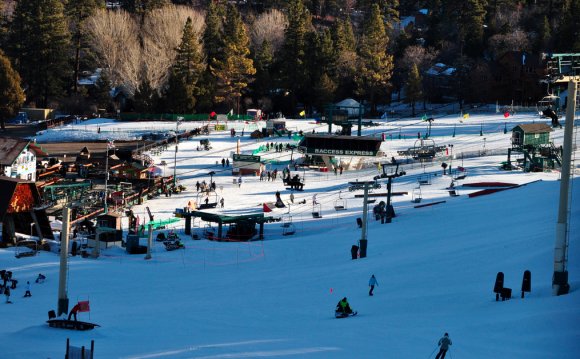 With ski and snowboard season quickly approaching, Mammoth Resorts announced Wednesday that it has entered into an agreement to acquire Big Bear Mountain Resorts, the largest ski and snowboard resorts in Southern California, a news release stated.

The move would place Bear Mountain and Snow Summit, which host some 800, 000 visitors each winter, under the same ownership as Mammoth Mountain and June Mountain.

“The combination of these four iconic California mountain resorts creates diverse and unique offerings of both summer and winter experiences for day trips, weekend getaways and extended vacations, ” the release stated. “Bear Mountain and Snow Summit, located a short drive from everywhere in southern California, with their full complement of outdoor activities from action sports to first-time family experiences, provide an excellent fit with the world class, big-mountain destination experience offered at Mammoth.”

The acquisition creates one of the nation’s largest ski companies, according to Big Bear Mountain Resorts CEO Dick Kun.

As part of the deal, a new season would pass, called the Cali4nia Pass, would be offered that would allow unrestricted access to all four mountains at a discounted rate of $689 for adults.

“The Cali4nia Pass will cut through the clutter in the market by providing the most diverse set of resort options available in California by allowing you to ski where you want, when you want and as often as you want, ” Rusty Gregory, Chairman and CEO of Mammoth Mountain, said in the release.