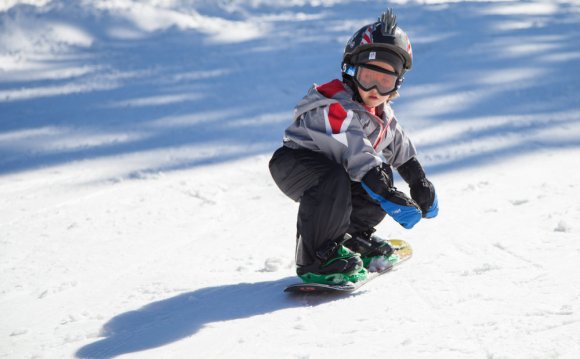 Receive the latest local updates in your inbox

The back-to-back El Niño-fueled storms have brought a welcome snow dump of more than a foot in Big Bear, delighting skiers and snowboarders who reveled in the white stuff.

School was out on account of snow at Big Bear's Rim of the World School District and shredders tore up the slopes as Southern California ski resorts haven't seen this much snow in years.

"I skied yesterday until about 1 and then it just came down so heavy, " said Lee Stewart, 80, an avid skier, who came up from Beaumot for the week. "You couldn't see where you were going. It's building up."

Dennis Day, a skier, who moved to Big Bear city three years ago, was Jonesn' for some fun runs. After years of dry winters, the fresh powder was a welcome sight.

"The focus this morning was to get here on time for first chair, " he said. "Patience is a virtue. So it's all good."

"Oh, it's incredible, " she said. "It's like you're skiing on a cloud. All my friends are trying to get up here, get their ticket and enjoy the fresh snow."

The storm has dropped more than a foot of snow on the slopes of Bear Mountain since Tuesday and it was still falling Wednesday.

Downpours in Ventura County caused a landslide on the 101 Freeway near a burn area. Gordon Tokumatsu reports for the NBC4 News at Noon on Wednesday Jan. 6, 2016. (Published Wednesday, Jan. 6, 2016)

Another two feet of snow was expected by the weekend.

"It's super fun, especially because we haven't gotten a good snow like this in years!"

Lyne Scott, of Los Angeles, enjoyed a memorable day with her 5-year-old son, his first time on the slopes.