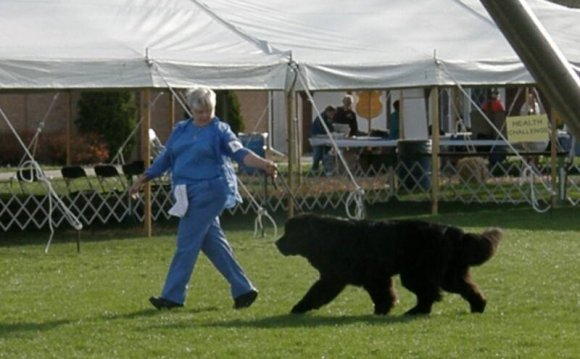 Dave passed away on July 12, 2011 after a short illness. Many of you know him as the man who did check in or sold lunch tickets at our functions. What most of you did not know was of the important role Dave played in the Bear Mountain Newfoundland Club. Dave was one of our founding Board Members. He was instrumental in the formation of the club in 1984. He served on BMNC'S rescue committee in the 1980's. He was co-chair of their Independent Regional in 1989.

Dave served on almost every committee there was but water work was his favorite. His dog Taylor, after many years of training and tests finally got his WD at the age of 9. Dave not only liked training his dogs he loved stewarding for the Water Test. He not only stewarded for BMNC, he traveled to other area Newfoundland Clubs tests to steward for them as well. Dave moved out of the area for a while but as soon as he moved back he re connected with the club. When he moved back he had some health issues that prevented him from doing physically challenging tasks but he was always at our events. He supported us whenever he could whether it was donating to an auction, coming to a dinner, taking tickets at an event, or bringing that great pesto of his for us to eat. Dave is going to be greatly missed. He was a true asset to the club.

This year's Water Test has been dedicated to the Memory of David Ackerman.

Newfoundlands and their people - Bear Mountain ...